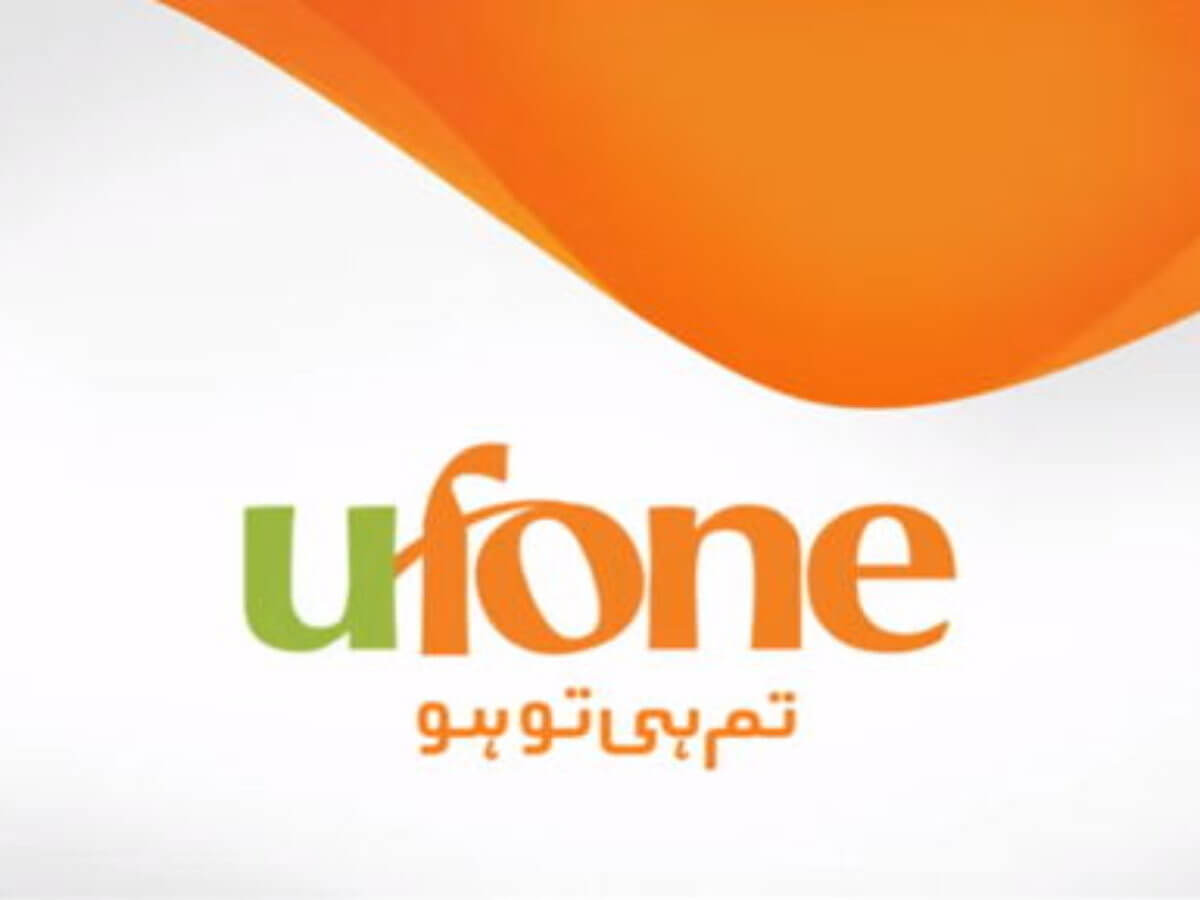 Ufone received the award for the Best Telecommunication service provider in 2012 at PAS awards. Getting this award within just a decade of providing services proves the commitment and the quality of service provided by Ufone. The company not only focuses on providing telecommunication, but it has proved to be a lot more than that. The main objective is to provide the services at the most affordable rates, which are not only limited to telecommunication. For this reason, Ufone was the pioneer of the idea of SuperCard. For the ease of the customers, Ufone provides pre activated international roaming to all the users. The international roaming is offered in more than 160 countries all over the world.

The company, in terms of the users is yet the smallest as it serves 23 million customers till date. But the number of users is growing every day. Ufone started providing the LTE services from 9th February 2019. It provides large coverage of more than 9000 location all over the major highways and motorways of Pakistan. 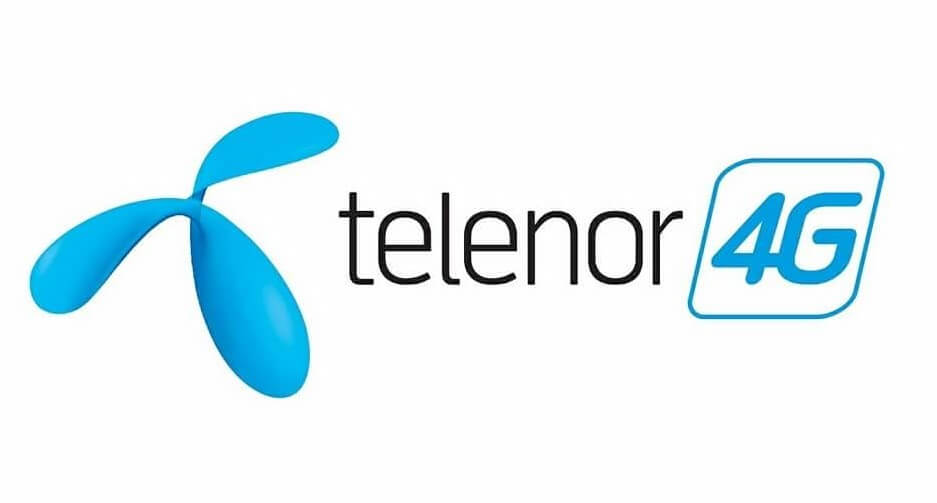 Telenor 4G is owned by the Norwegian telecom company Telenor Group. It owns 28% of the total market share of mobile network providers with around 45 million users. The company acquired its license in 2004 and started providing services from 23rd March 2005 in several cities of Pakistan. The headquarters of Telenor in Pakistan are in Islamabad. The CEO of Telenor Pakistan is Tore Johnson.

Telenor Pakistan has the distinction of introducing 4.5G in Pakistan that is also known as LTE advanced. It has also done successful test of the 5G technology in Pakistan on 13th March 2020.

It is also the pioneer of providing branchless banking system through its product known as Easypaisa. These services have been provided by acquiring shares in Tameer Microfinance Bank Limited.

It received Prime Minister of Pakistan Trophy for Largest Foreign Direct Investment (Telecom Sector) in 2011. The Easypaisa initiative won Shaukat Khanum Social responsibility award in 2011. In 2014 it won Best NFC product in Barcelona Spain. It was recognized as the best service for women in Emerging markets. 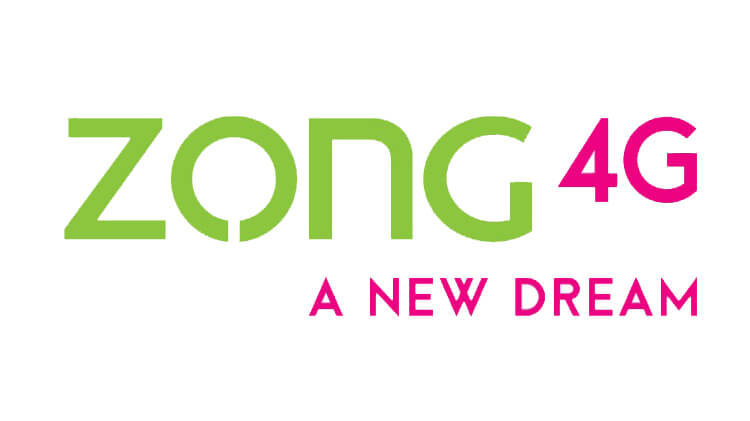 Zong 4G is the subsidiary of China Mobile and started providing the services of GSM from 2008 in the country. It is the second largest GSM service provider in Pakistan and owns 21% share of the country with around 34 million users.

Zong originally started operations in 1991 with the name of Paktel. It used to provide cable and wireless services and continued these services till 2004. It got the GSM license in 2004. In 2003, Millicom bought Paktel from cable and wireless company. Millicom were the owners of Instaphone at the time. John Tumelty, who was the CEO of Instaphone was appointed as the head of the management team.

On 22nd January 2007, Millicom sold 88.86 shares of Paktel to China Mobile for an amount of $284 Million. Therefore, the name of Paktel was changed to China Mobile Pakistan which was then rebranded to Zong in April 2008.

China Mobile has already invested around 2 billion USD for the infrastructure and is planning to invest another 1 billion USD in order to roll out the new services. In order to show responsibility to the environment, it has installed converted various stations that run on solar power in different locations all over the country. With around 10,000 base stations all across the country, it is the third largest service provider in Pakistan.

Zong were the pioneers of the 4G services in Pakistan and have been successful in continuing their legacy by successfully testing 5G services in Islamabad on 22nd August 2019.

It is the first mobile network in Pakistan that also provide FTTH (Fiber-To-The-Home) broadband internet. The service is only available in limited areas of Karachi but are planned to be provided all over the country.

In 2013, it was recognized as the fastest growing mobile network by the president of Pakistan. It has also received the award for being the best data network in Pakistan by PTA in 2016.

Various projects have been launched by Zong in the country to show the corporate responsibility including fight against polio in partnership with UNICEF, awareness about blood donation, scholarships to students in UET, breast cancer drive and various other activities as well.

It has also partnered with Manchester United F.C for 3 years so that the fans of the English football club can watch all the goals, exclusive interviews, news and BTS access to meet their stars. 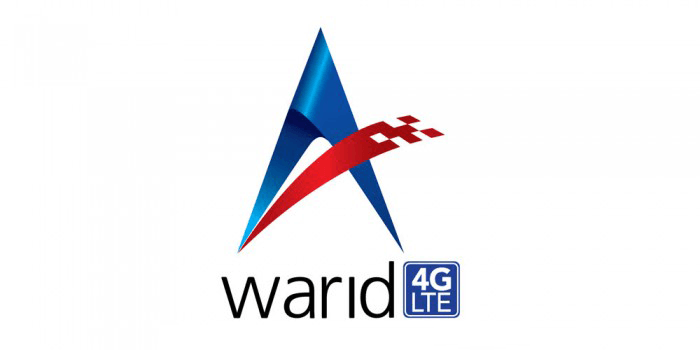 Warid provides GSM, HSPA+ and LTE services in Pakistan. It is owned by the Abu Dhabi Group. It owns about 9% of the market share among mobile network providers with around 12.9 Million users making it the 4th largest network provider in the country.

Warid started operating in the country on 23rd May 2005. On 26th November 2015, Mobilink and Warid entered into a contract for merger of both the companies. Under the terms of the merger, Mobilink will no longer exist. Warid continued to provide services for about a year after the end of Mobilink on 10th January 2017. It was announced by the combined CEO of Mobilink and Warid on 6th January 2017 that the company will continue to operate with brand name of Jazz. After becoming a single brand, the customers of Mobilink can now use the services of 4G LTE offered by Warid whereas the Warid customers can use the 3G network of Mobilink. After the merger, all the customers of Warid had to get their sims replaced with those of Jazz at their customer service centers free of cost.

Warid got its license to operate in the country by sheer luck. PTA announced to give two licenses to Telenor and space telecom for their operations in Pakistan. But Space telecom could not make the down payment for license. Due to this, the license was given to the next bidder in line and that was Warid. Under the CEO Mr. Hamid Farooq, Warid initially started working in 28 cities.

Warid broke all the records of coverage by providing coverage in 28 cities of the country in the first stage of service rollouts. It was so popular among the public that it reached 1 million customers in just 80 days after the start of providing services.

It is also providing mobile paisa service in collaboration with Bank Alfalah. Customers can deposit, transfer, withdraw cash and pay their utility bills as well with the services of mobile paisa.

This is the era of digitalization. The traditional form of marketing, business meetings and even social gatherings have been replaced by various digital means. People no longer have the time to meet in person. Therefore, they use other means of communication.

With changing time, the use of mobile phones and smartphones have also become very common among the people. From a child to an elder person, everyone uses smartphones. Even the shopping trends have also changed in recent times and people use online shopping nowadays. Therefore, the whole world is now connected with one another through mobile phones.

In earlier times, when meeting possible business prospects or the ones who they wanted to impress to make them their customer, people used to dress up in fancy clothes and expensive watches to make an impression. But with the advent of mobile phones, this trend has changed. Therefore, people needed a new way in which they can make a long lasting impression as the famous saying goes “first impression is the last”. For this reason, the mobile number filled the void for making the impression. Whenever you contact someone, if they are not aware of who you are, your mobile number will appear on their screen. If you have an impressive and attractive number, they will surely remember you. This will help in making a positive first impression.

As explained earlier, the changing times have also changed the way brands promote themselves. The traditional means of marketing have been replaced by digital marketing. An important technique that a lot of people use to impress their target audience is by making them associate themselves with the brand. But now, there is another way that people can use to associate themselves with you. And that is through your mobile number. For example, this technique has been used by the famous international food chain i-e McDonalds. They have used the number 111 244 622 which stands for 111 BIG MAC. It is not only easier for people to remember, but is also an impressive way to market the brand.

A lot of people also use their names in their mobile numbers so that people can easily remember you. For example, if your name is Ahmed, you can take a number that has your name in it. Your number can be 0300 2463300 (0300 AHMED00).

Therefore, if you want to leave a long lasting impact with a great first impression of yourself, or your brand, you should choose an impressive and an attractive number or the number that contains your brand name or even your name. Because this is the newest trend.

WANT TO GET UPDATED FOR MORE GOLDEN NUMBERS IN FUTURE?